(CNN)Mentally, we all slow down a little bit as we age. It gets harder to recall names, or we forget where we put our keys, or the car for that matter. Physically, an older brain doesn't work as fast as it used to. But scientists think there might be one thing that could help slow down this natural aging process. 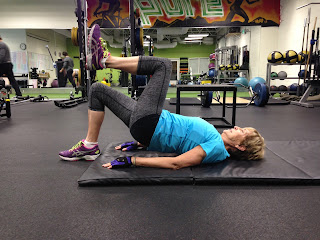 A study published online this week in Neurology found that older people who exercised regularly experienced a slower rate of mental decline.
In this study, 876 people at an average age of 71 who were a part of the Northern Manhattan Study, a group of people studied for stroke and for the potential to have a stroke, were asked how long and how often they exercised in the two weeks before their in-person interview.
Among the participants, 90% reported light exercise, such as walking and gardening, or no exercise at all. Those people were placed in the low activity group. The remaining 10% reported moderate to high-intensity exercise, such as running and aerobics, and were placed in the high activity group. 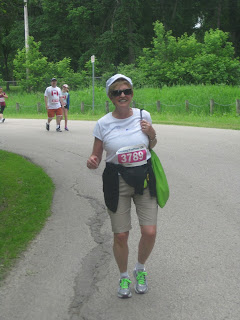 Is Alzheimer's disease preventable?
About seven years later, each person was given an MRI and a battery of tests that examined memory and thinking skills. Five years after that, participants took the memory and thinking tests again.
Researchers from the University of Miami and Columbia University found that people with no signs of cognitive impairment at the start of the research who reported low activity levels showed a greater decline in processing speed and episodic memory over five years. Their brains aged about 10 years more than the group that exercised.
"These results were not surprising because I think there is more and more evidence that more physical activity is good," said Dr. Clinton Wright, an associate professor of neurology, public health sciences and neuroscience at University of Miami School of Medicine. "This is really building on evidence."
Earlier studies have shown that exercise increases your gray matter in the areas that count for complex thought and decision-making.
Exercise is also a great stress reliever, which can protect the brain from damage caused by stress, which can cloud memory and slow thinking. Even something as simple as taking brisk walks can increase creative thinking, earlier studies have shown.
This study adds evidence that the opposite of an energetic lifestyle -- essentially, being a couch potato -- makes your brain sluggish, too.
"The effects that show low physical activity predicts cognitive decline over five years of follow-up are very strong and very robust and survived the adjustment for a large number of things that could influence results," said Dr. Richard Lipton, a professor of neurology at the Albert Einstein College of Medicine in New York, who was not affiliated with this study. 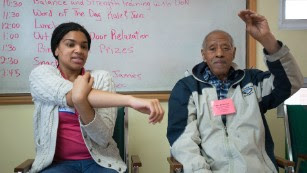 Getting old 101: UCLA's aging class for freshmen
Processing speed -- how long it takes a person to complete tasks -- deteriorates during the normal aging process. Declines in episodic memory -- the ability to retain items in everyday life, such as a grocery shopping list --are one of the hallmarks of early Alzheimer's disease, Lipton explained.
The study shows the effects on tests of very specific cognitive abilities, processing speed and episodic memory, which are important for everyday function, Lipton said.
What this study shows is that we need to keep active even long into old age if we want to keep our brains active.
Another strength of the research is the ethnic and racial diversity of the people it studied, Wright said.
"It's probably one of the first that includes Latinos and African-Americans and whites in the same community," Wright said.
Researchers are consistently pinpointing exercise as a significant factor related to cognitive health in older age.
Another recent study showed that poor physical fitness in middle age might be associated with a smaller brain size later on, which could lead to dementia and mental decline.
"This (current) study is really exciting," Lipton said. "It makes me feel really good about being on my elliptical right now. It contains the promise, the hint, the hope, that if people are more active that will protect their brains from aging and cognitive decline."
For further information on aging and how to protect your brain,
please contact Deanna Waters  thewatersedge@shaw.ca
http://www.thewatersedge.com

Posted by Deanna Waters at 7:56 PM