It is well known that vitamin D is essential for maintaining healthy muscles and bone, and plays significant roles in the immune system and cardiovascular function. More and more research is showing that it plays a significant role in supporting healthy brain function. 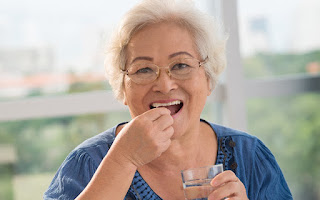 A study published in The Journal of Gerontology included 1,202 Chinese adults over the age of 60. Baseline levels of vitamin D were measured at the beginning of the study, and cognitive tests were administered over 2 years.


Regardless of the age or gender of the subjects, individuals with lower vitamin D levels at the start of the study were approximately twice as likely to have significant cognitive decline over time. In addition, low vitamin D levels at baseline also increased the risk of future cognitive impairment by 2-3 times.

This was the first large-scale prospective study in Asia to study the association between vitamin D status and risk of cognitive decline and impairment in the Chinese elderly.

Posted by Deanna Waters at 6:24 AM