Are You Getting the Essential Nutrients for Your Brain's Health? 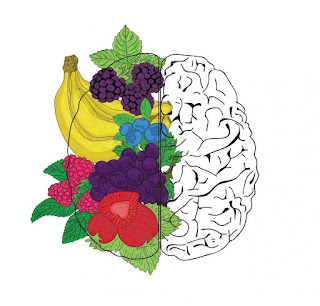 For a long time, dietary fats (lipids) have been connected to brain health. Originally, lipids’ effect on the cardiovascular system was thought to facilitate that connection. But more recent research shows dietary fats have more direct actions on the brain.

Omega-3 polyunsaturated fatty acids (like DHA from fish oil) normally make up cell membranes throughout your body. And like other saturated fat, they’re fundamental building blocks for your brain cells. That’s part of the reason fish is often called a brain food.

The antioxidant effects of flavonoids are well-established in a test-tube setting. But these plant compounds—like cocoa, ginkgo, and grape-seed extracts—have more complex actions in the body that is continually being researched.

Some flavonoids show promising results in maintaining healthy brain function. Quercetin—a flavonoid that’s a major component of ginkgo biloba extracts—has been shown to maintain memory and learning abilities in some studies. Further research on the subject is needed.

Adequate levels of the B vitamin folate are essential for brain function. The proof? Folate deficiency can lead to neurological disorders, like depression and cognitive impairment.

Clinical trial results have deepened the connection between folate and cognitive function. These studies have shown folate supplementation—by itself or in conjunction with other B vitamins (B6 and B12)—to be effective at maintaining healthy cognitive function during aging.

Lifestyle and diet have long-term effects on your health. That means they are likely underestimated for their importance to public health—especially when it comes to healthy aging. But they’re important to your brain. The gradual and sometimes imperceptible cognitive decline that characterizes normal aging can be influenced by the nutrients you feed your brain through a healthy diet.

These impacts go beyond your life, too. Through epigenetics, you pass on traits to your children and their children. Newer studies back this up. They indicate that these nutritional effects on your brain might even be transmitted over generations by influencing epigenetic events.
Gómez-Pinilla, Fernando. Brain foods: the effects of nutrients on brain function. Nat Rev Neurosci. 2008 Jul; 9(7): 568–578.

From Deanna: As the years go by, I am especially aware of how important it is to nutrient my brain!  I don't want to get overly forgetful or fall to Dementia or Alzheimer's.   That's why I have trusted the Usana products for over 23 years.  In addition to a healthy diet (as much as possible) I appreciate the optimal nutrition provided by the Usana supplements and nutritional shakes.

Posted by Deanna Waters at 7:49 AM